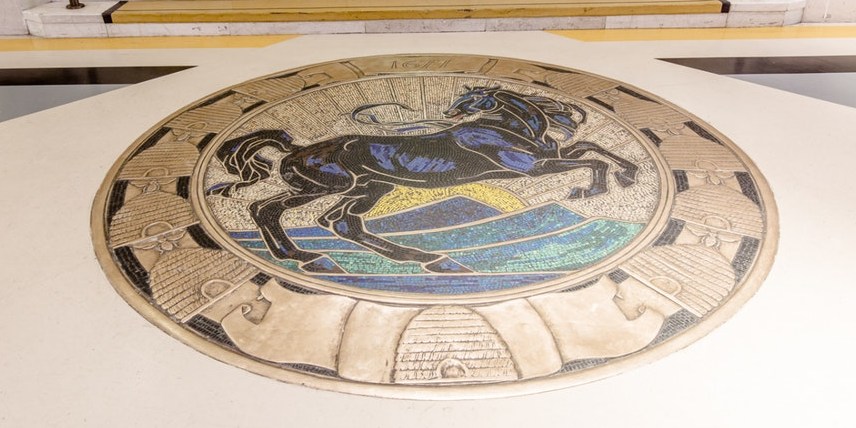 Like its similarly dated counterparts on Poultry (The Midland Bank and National Westminster Bank), the Lloyds Bank building is representative of the culmination of a century of British bank mergers – leading to a few, very large ‘clearing’ banks. These were to be headquartered in edifices at least as large in scale as the insurance palazzos of the Edwardian era and projecting permanence via a slightly austere but well-proportioned classical idiom.  Relatively little concession, certainly in the facades, was made to the emerging modernist or even Art Deco style of the period.

Imposed on a street pattern of medieval proportions, like the other clearing bank headquarters, this building spans over a whole block, with dominant elevations on Cornhill as well as Lombard Street.  The aspect on Cornhill is orderly, in its tripartite vertical organisation and apparent symmetry (in reality, the entire building is roughly symmetric in relation to an E-W axis, not the apparent N-S one).  The base is astylar and in an ashlar rather than a rusticated finish- in a way that is rarer in earlier periods. It is punctuated by the rhythmic repetition of two-storey arches with stylised keystones and pier pedestals. Beyond a mezzanine storey, the middle portion develops in a more frankly classical module, with a giant, lightly engaged Corinthian order in antis of simple pier bays.  Even plainer is the largely blind attic structure above the main, frieze-less entablature. The carved ‘Lloyds Bank Ltd’ signage and bas-relief festoons and guttae show dignity with a minimum of fuss.

The overall arrangement on the Lombard Street side (No. 71-77) is very similar but there the columnation switches from columns nearly in the round to flattened pilasters, albeit still fluted.

As the English heritage listing document states: “the building retains an exceptional sequence of intact interiors” as Lloyds remained here from the completion in 1930s until the late 1980s. While the banking impedimenta (including 22 counter positions) was removed, the grand banking hall, stairs and many other details were retained.  The building is now a mix of office space and, for the larger common areas, an events space called The Banking Hall.

Lloyds began as a small private bank in Birmingham (Taylors & Lloyds) in 1765. After a slow start, in the 1860s it began a long series of mergers and acquisitions. These included the absorption of two London-based banks in 1884, which first gave it a presence in the capital.  The now familiar Black Horse symbol belonged to one of the acquired firms (Barnetts, Hoares & Co.).  “The Bank’s first symbol, the beehive, continued to be used alongside the black horse until the early 20th century. It still appears on some bank buildings.”  Headquarters were moved from Birmingham to London in 1912, in the old Lloys, Barbetts, Hoares building.

The larger merger with a London-based company was with the Capital & Counties Bank in 1918.  By the inter-war period, they were one of the main UK banks and decided to build a larger office complex.   Upon completion of the new Cornhill-Lombard Street building, a commemorative booklet, detailing the history of the site, was created by Lloyds’ staff and published as “Twixt Lombard Street and Cornhill”.

Lloyds moved to new digs in Gresham Street in 1989.  A Telegraph newspaper article of that time is an interesting document of the scant regard in which the utilitas of the grand 1930 headquarters was apparently held by its denizens sixty years later. An example: “despite its Corinthian columns and walnut-panelled offices, it is a rabbit warren of corridors. Art Deco lifts with brass interiors carry few people and take longer than climbing the stairs.”