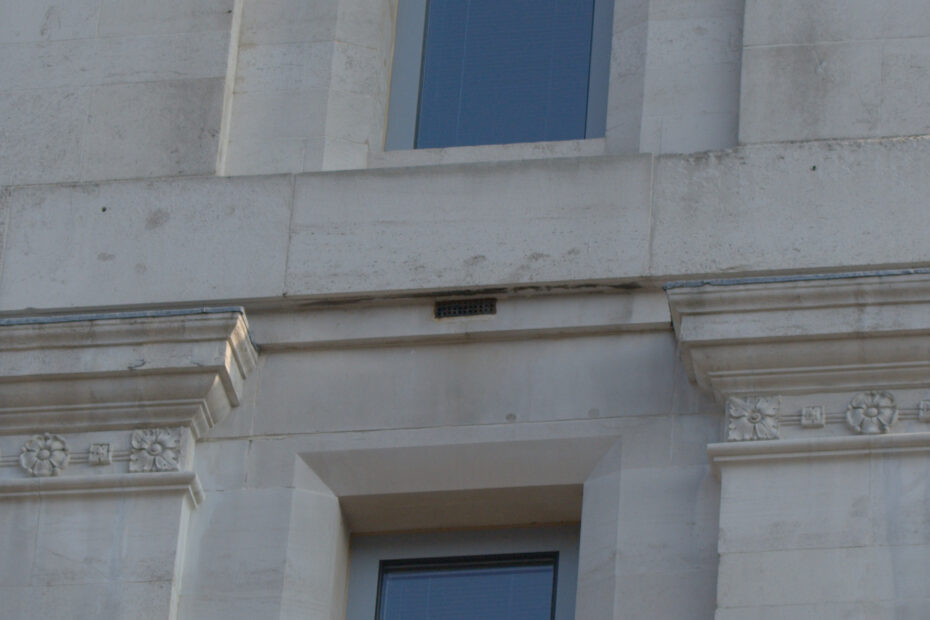 The prominence of Fleet Street as a location ensures that a great variety of stylistic fashions is visible within a few blocks. Bouverie House (facing the cross street by that name) is exemplary of the inter-war attempt to reinterpret the classical language to suit much larger, modern-framed buildings and with substantial concessions to emerging ideas of minimalism and ‘verticality’ of articulation.

Thus, the shallow pilasters on the ground floor and lateral antae lack a proper entablature, while retaining a Doric, trabeated form. Furthermore, the chamfered vertical elements in the central section of the façade are reminiscent of earlier Chicago School efforts.

Nonetheless, in its original design – before the recessed, formless upper stories were added in 1960 – shows a sense of proportion and fitness as well as refinements, such as the reduced basement cladding in contrasting grey granite and the (formerly) top-floor terrace over the central section. The former Reuters building, a couple of blocks down the street, however, is an entirely more successful example of inter-war stripped classical form.