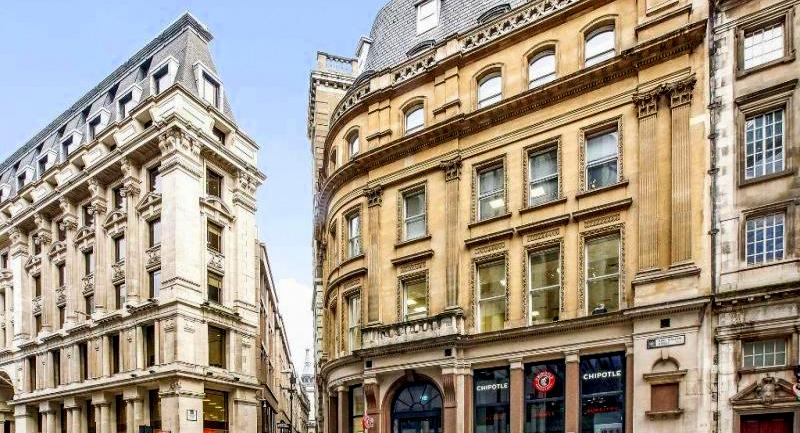 Located at the corner with Clements Lane, this building is the oldest surviving on the upper portion of King William Street and the only one that predates the 20th C. street widening. The most distinctive elements are the curved corner towards Clements Lane and engaged giant Corinthian pilasters spanning the 2nd and 3rd storey. The window surrounds of those two storeys feature rather unusual mouldings as well as coin mouldings in the frieze the 2nd storey windows.

There is also an attic storey with a circular-motif balustrade. The ground floor rises from a pedestal and features simplified Doric pilasters in brown granite and a simple but well-profiled entablature.

The Reliance Mutual Life Association was founded in 1840 and was eventually acquired by the Norwich Union Life Insurance Society in 1893.  Reliance Life Assurance was at this address from the mid-1800s and renovated the existing buildings to produce the current edifice in 1880. These offices were retained by Norwich Union well into the early 20th C.