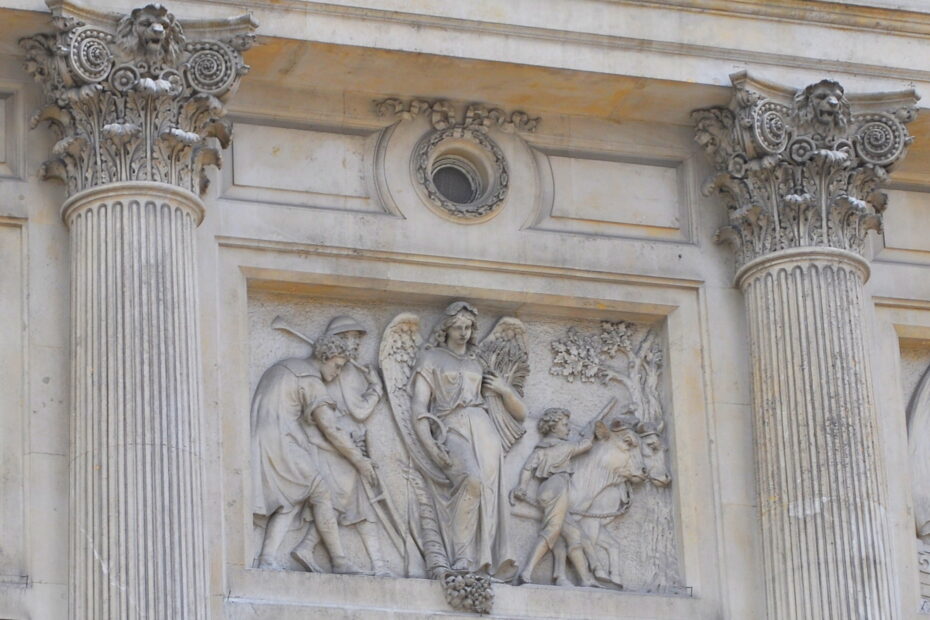 The National Provincial Bank, which later became one of the constituents of National Westminster, was one of the earliest, most aggressively commercial joint-stock banks and probably the first British commercial bank to have branches in many locations. (twenty, in 1836, at a time when nearly all banks had a single office or a handful of branches at most). Although its administrative centre was long established in the City (at this location since the 1840s), the first official headquarters was opened in 1866, upon completion of this building.

Despite the angular impression created the by rounded SW corner, the building plan is roughly L-shaped, with a broad frontage on Bishopsgate and, behind that, a deep hall that runs perpendicular to it.  In the 20th century, it was partly integrated into the modern development at the base of the then Natwest Tower (now Tower 42), between Bishopsgate and Old Broad Street.  This is a rather rare Grade I-listed building, in the City, that is neither a religious or institutional venue.

Essentially an aggrandized single-storey structure, the overall articulation of the frontal aspect is extremely simple, being reminiscent of a peripteral temple arrangement of Composite order. Above a basement, the colonnade rises from pedestals that are joined by balustrade balconies and feature moulded panels. The fluted, reeded columns are lightly engaged and have finely-carved angled capitals, they encompass the main Piano Nobile and a blind mezzanine which, rather than by fenestration, is punctuated by allegorical sculptures and wreathed oculi. The entablature is tall and vividly moulded, though the frieze is plain below the dentils and terminals. The columns are coupled at the NE extremity and around the entrance, where the entablature is recessed.  The entrance also features a coffered barrel vault niche. The intercolumnar spaces contain arched windows with cartouche keystones.

In addition to this relatively simple but sumptuous main composition, the facade boasts a particularly rich complement of sculpture. The roof is crowned by four groups (allegories of England, Wales, Manchester, London) and five single statues (smaller cities, all by Colley) and the mezzanine panels are richly carved (angels presiding over various forms of endeavours, by John Hancock).

The main hall features marbled Corinthian columns around the N and S walls and a screen arrangement in the same style (but with grouped columns) at the E and W extremities.  The barrel-vaulted ceiling is further elevated by three flattened circular domes. This building is currently used as an ‘events space’ (for private or corporate ceremonies, under the name of Gibson Hall.

Long enmeshed in disputes with the Bank of England about the issuing of notes, it was particularly important for The National Provincial’s new headquarters to symbolise status and permanence.  Though it was not the earliest high-end, ornate banking palace in the City, its construction was seen at the time as symbolic of the transition of City banking from a tradition of family-run (and-owned) banks to one where large joint-stock banks held a central place (per Kynaston).