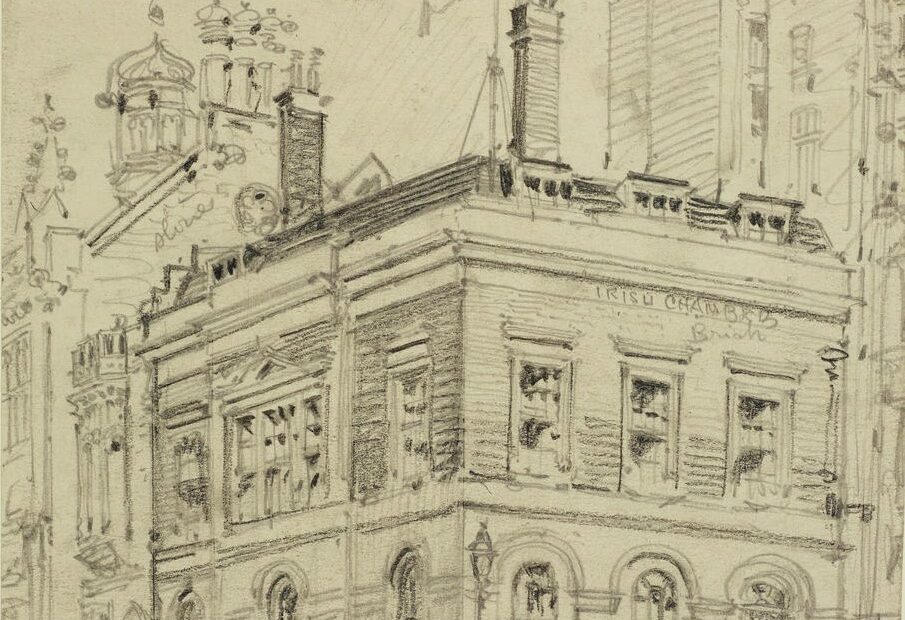 This modest building is all that remains of Georgian auxiliary buildings to the Guildhall built in the early 1800s. The rest were replaced by Victorian Gothic buildings in the second half of the 19th century. These rooms housed the offices that administered the Corporation’s Irish properties, hence the name.

Though smaller than adjacent buildings, this edifice is not dwarfed by them and as such introduces graceful variation. Further, the proportions are close to golden ratios. Despite being essentially a box with no grand articulation, the relief of mass is exemplary including a clear differentiation between ground storey (ashlar stone facing with nicely arched windows) and second storey (brick facing, lintel windows and a very demure cornice). There is great regularity in the vertical module albeit with the graceful but not distracting variation of the treble window in the middle of the North aspect. Despite its diminutive size, the Irish Chamber’s gracefulness, picturesque location and proportions give it a distinguished, patrician air.