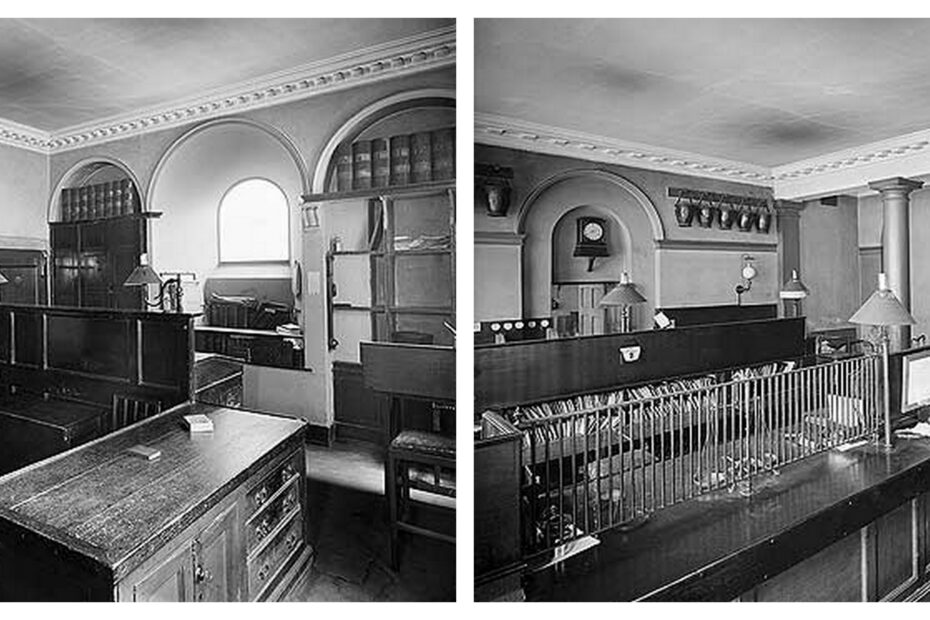 One of a trio of private bank headquarters extant on Fleet Street, this building, like Hoare’s and Child’s, replaced an earlier, plainer one.  The overall effect, here, seems overall busier but perhaps less masterfully executed than its obvious comparator, Child’s Bank at No. 1 Fleet Street.  For starters, the proportion of the lateral bays in antis seem slightly excessive relative to the size of the whole facade, creating a rather cramped effect.  That said, the vertical and horizontal tripartite organisation is successful in countering the height vs. width limitations posed by the site.  Furthermore, a number of fine details provide the necessary gravitas. Note the well-detailed pediments over the entrances and second storey windows.  The two central double-height Ionic columns are well executed and the segmental rustication of the ground floor and quoins is satisfyingly bold.  Overall, an imposing and rather elegant building.

In 1742, Sir Francis Gosling joined an existing private banking partnership that had been trading in Fleet street under the sign of the three squirrels since the mid 1600. By 1794 the bank was known as Goslings and Sharpe, being amalgamated into the joint-stock Barclays Bank.  Though it brought only one branch out of the existing 193 (0.5%) in the nascent group, Gosling &Sharpe accounted for  over 4% of deposits and nearly 12% of the capital and reserves.  They were also the only non-Quaker main family joining in to the new Barclays group.  The 19 Fleet Street building remains the oldest continuously occupied branch in the group and the sign of the three squirrels is also retained.